Today is our last day in the USA. Checkout isn't until 11am so a couple have high tailed it down to the platform at Fullerton to get those last minute photos and video shots.

My tripod is now kaput and won't be coming home with me so no more videos.

First thing to do is to drop off Lloyd Cross at LAX as he has a connecting flight to Mississippi to visit family before he goes home.

We'll then most likely return to Fullerton to kill some time before returning the vehicles. I've been quite happy to not be driving for a few days - the LA freeways are a nightmare, not a problem if you use them every day, but for a first timer they can be a bit of a concern.

We don't depart LAX until about 10 tonight. All night flight and arrive in Auckland around 6:00 am. I have about 2 hours before I connect with my flight to Palmerston North. If I miss it I won't be concerned, at least I'll be in the right country. It's currently Wednesday morning here and the flight back home will result in us not ever seeing Thursday as we land friday Morning.

It'll take a few weeks to settle down and analyse the trip and sort out the good from the bad, sort through all the video footage and photos.

Not looking forward to going back to work on Monday.
Posted by Erin at 08:55 No comments:

Today we took the Pacific Surfliner from Fullerton to San Diego, a 2 hour trip along the the Pacific coast. Once there we all (7 of us) visited the USS Midway museum. Some spent more time there than others.

My little group then jumped in a cab which took us to Balboa Park and the Model Railroad Museum. None of us were disappointed in what we discovered there. One lasting impression is the HO scale layout of the entire Tehachapi loop and surrounding areas, a layout that spans three levels and is still under construction. To see in scale form the areas we'd visited only weeks before was quite surreal.

Returning to the Santa Fe depot we discovered that our train was going to be 15 minutes late getting in, which stretched out to 20 minutes. The loco needed fuelling and this made us 40 minutes late in departing, and since we weren't on schedule, we had to wait while other trains went past before we could stop at stations - finally getting to Fullerton 1 hour late.
This didn't really bother us but quite a few on the train were catching it to go to a Baseball game at Anaheim and they were getting roudy.

Overall, it was a good relaxing day out with no excessive walking and no burden of driving.

No piccies worth posting, just more aircraft stuff from the flight deck of the Midway.
Posted by Erin at 08:38 No comments: 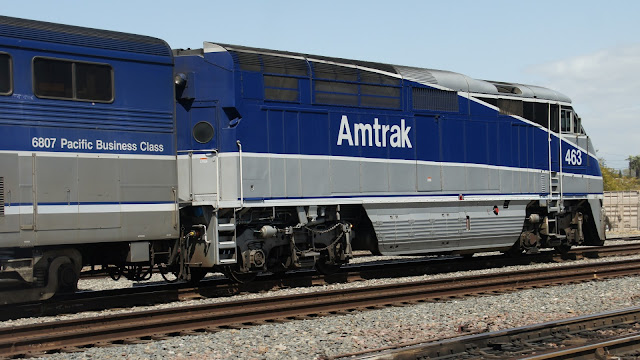 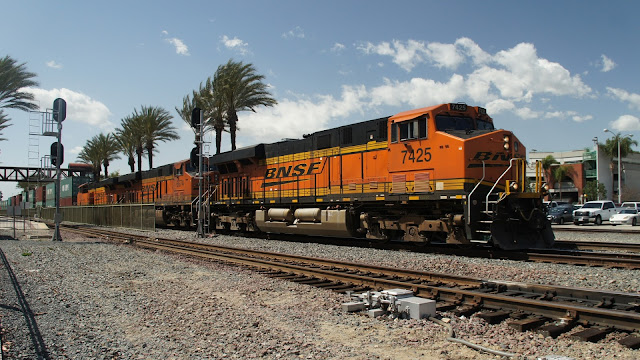 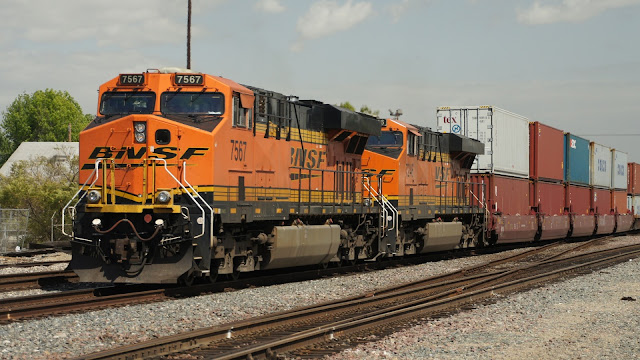 Everyone appears to be in "do as you please mode" as we near the end of the trip and the itinerary is thrown out the window.

I spent all day on the Fullerton platforms and netted over 30 video shots. The others got a $10 Metrolink pass and rode the trains most of the day.

Many amusing stories to report, none worth repeating here.

Fullerton is the last stopover before we come home. Hard to think that 3.5 weeks ago we were getting into San Francisco - where has the time gone ? We spend 4 nights here.

Today we re-visited the lower slopes of Cajon Pass and discovered some great places to film and photograph trains. We had another run in with Mr. no neck security guard who told us to get back behind a gate, which was cool as I didn't like filming there anyway and we went separate ways. The 'B' team told us of a good place they found and we told them where to find McDonalds.

Whilst the 'B' team filled their bellies, we went to a place called the Blue Cut on Cajon Boulevard. Up until then, traffic had been pretty slow but steady, nothing amazing. We sat at the Blue Cut for about 15 minutes and then all hell broke loose:

I was getting ready to film a train from the right, and when I turned left to tell my team mates about it, they were frantically trying to get my attention and tell me about two coming from the left.  It was a triple track line  - so no worries about collisions. What we did witness was a pretty rare feat - the train on the far line was well ahead of the train on the middle line which were approaching from the left, but by the time the locos were directly opposite me, the middle line train had caught up and was overtaking. At the same time, the one from the right came around the corner on the near track, and all three trains met at almost the exact same spot right in front of me - I got the whole lot on video and still managed to snap off a few stills. The other team were sooooooooo jealous !

We hung around for a few more then decided to head off, losing the other team again who were feeling a bit tired and were in need of a nap.

We went to the construction site of the new Colton Flyover which is still under construction, then went to a bridge that went over the far eastern end of Colton Yard. Some local had told the other group that Colton Yard was dead with nothing happening. I couldn't drag my guys away it was that busy with locals, switch jobs and main line arrivals and departures. This resulted in us being too late to visit other locations, and also meant that I had to take the most direct route to the hotel - along the San Bernardino and Orange Freeways - which in one place was 7 lanes wide - all doing 70 mph. Insane.

Dinner at the cafe on the platform at Fullerton watching the trains go by. 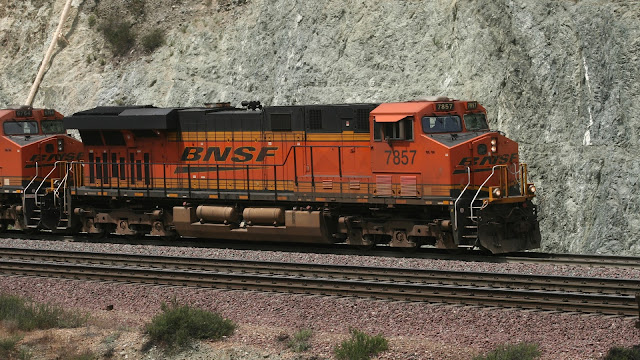 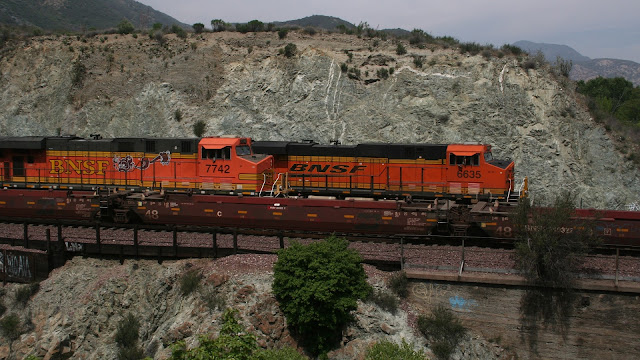 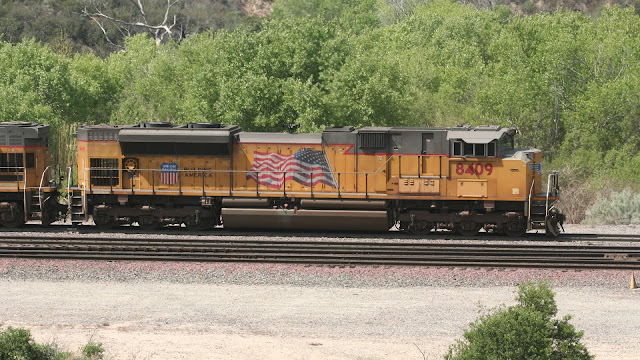 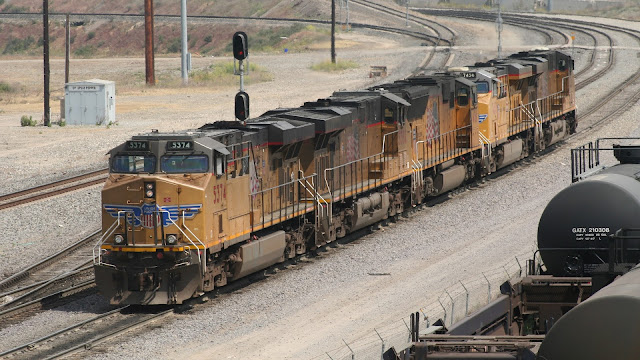 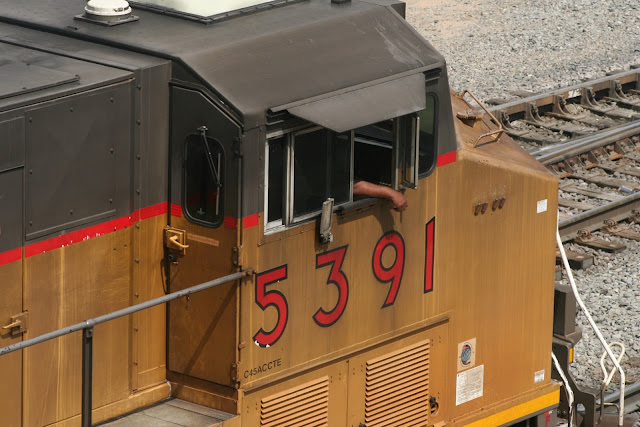 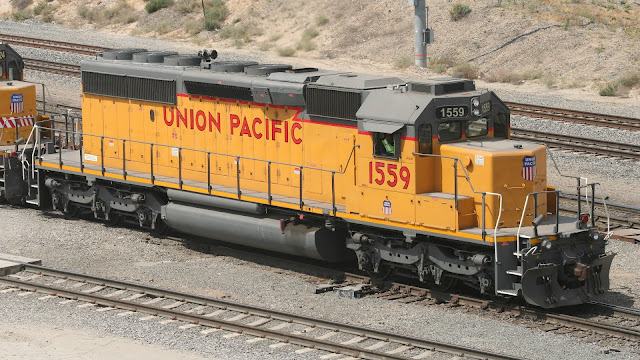 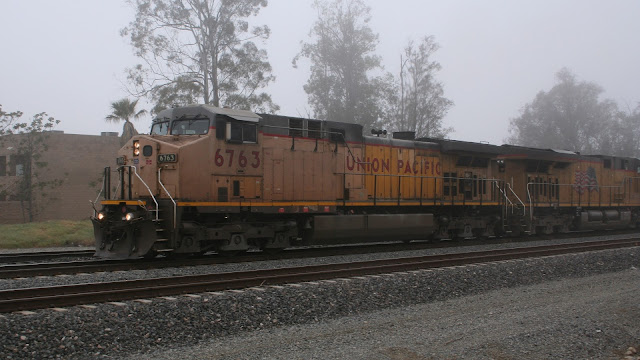 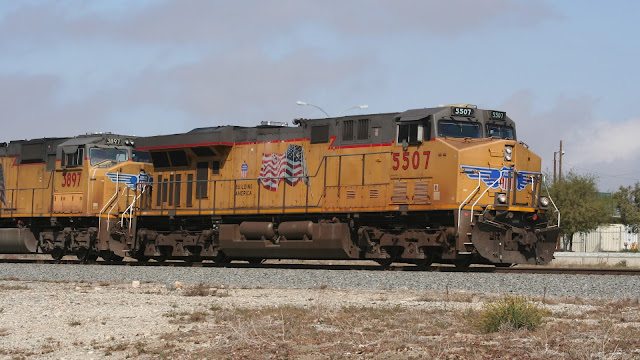 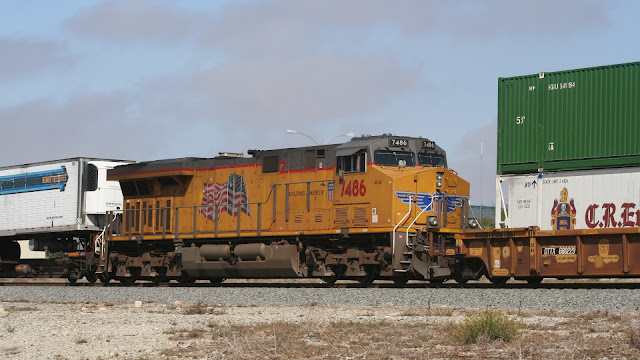 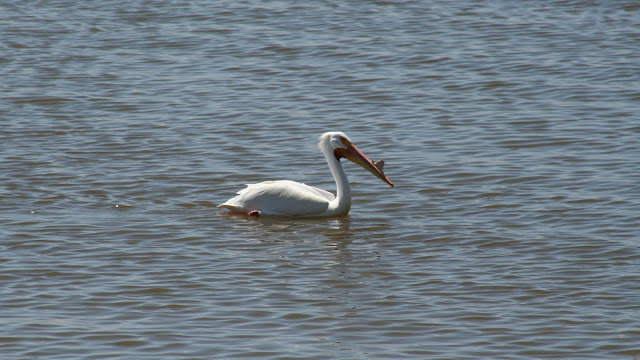 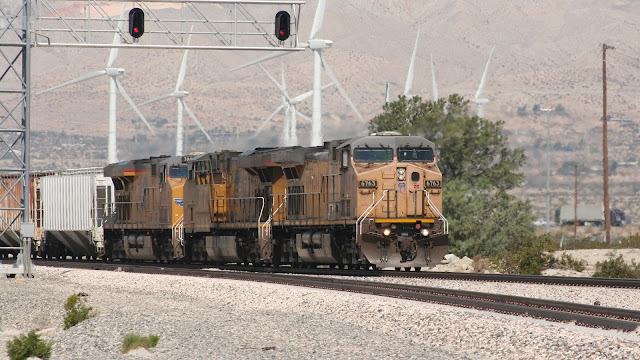 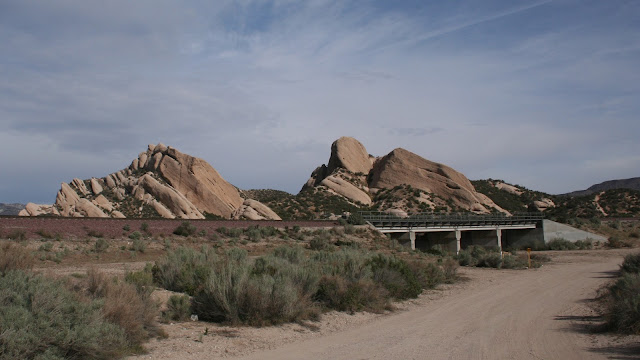 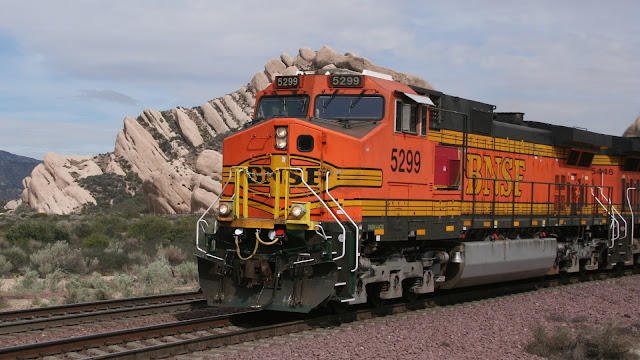 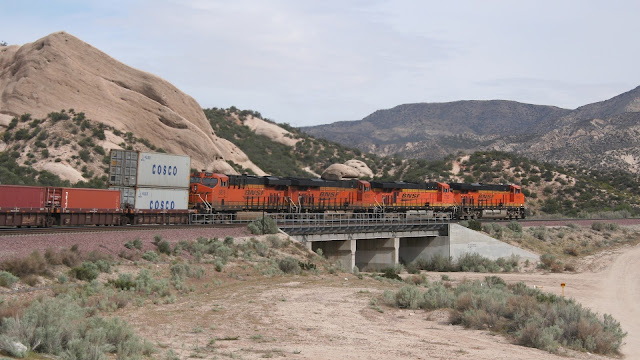 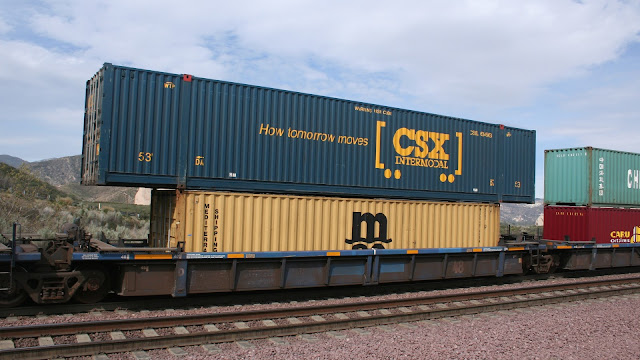 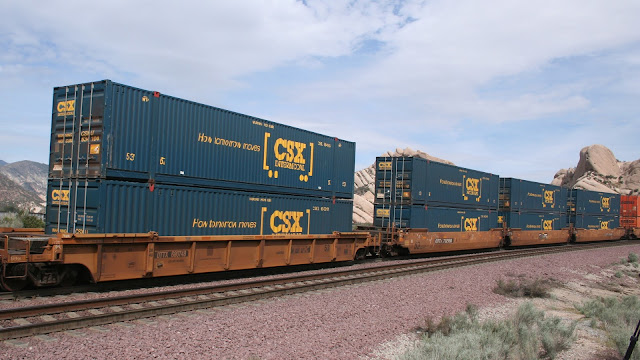 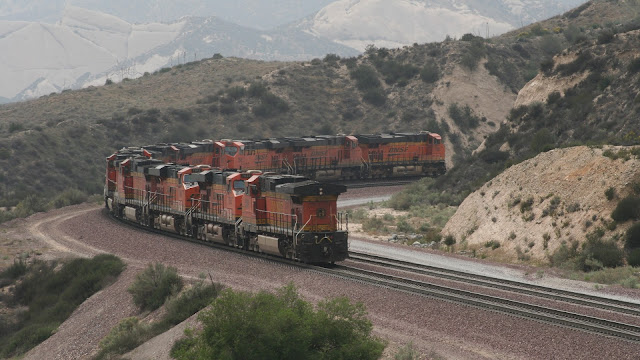 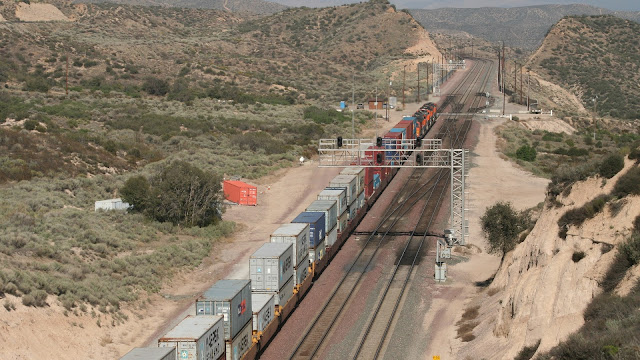