This leg of our journey took us from Mojave to Needles - a long drive that took all day in really warm desert heat.
We followed Hwy 58 from Mojave to Barstow, Route 66 to Daggett and joined I40 at Newberry Springs, stopping off at Barstow and Daggett.
The next leg took us to Ludlow where we stopped for lunch. It was pretty warm, with the temp getting up to 27 degrees C. The desert heat is dry and combine that with the cars aircon, it's a sure fire way to get dehydrated real quick.
We stuck with I40 as far as Fenner (Goffs Road interchange) - another hot long leg - and drove along Goffs road until we got to the town of Goffs - one house, barely standing, but habited. The action here was full on, and thanks to Dave Simpson's driving skills, I managed to get the most amazing pacing shot - over 10 kms in total, with the train starting off from stationary and slowly building up to 57 mph - with 160 well cars with containers on - the longest we've seen so far.
We then moved further along Goffs Road to Ibiz, where by now we could see west bound freights coming up the valley from Needles and east bounds approaching the crest of the hill from East Goffs. Dragging the guys away was a real mission, because as soon as one train would pass, you could see another crawling its way up the hill. It had us all wondering where all this stuff was going.

The scenery along I40 is nothing short of stunning. For those that like looking at barren landscapes and random mountain ranges poking up out of the desert, you never get tired of looking at the view. One highlight for me, although I did well to hide and contain my enthusiasm, was seeing the Pisgah crater and the surrounding lava beds. Because I was driving, I couldn't take photos, so the Amboy Crater will have to suffice when we get near that in a few days time.

The locals reckon the snakes and scorpions will start appearing in about 4 weeks - we're not letting down our guard just in case.

One night in Needles, tomorrow we're off to Kingman AZ, which in USA driving terms is "just down the road".

The view from Ibiz. 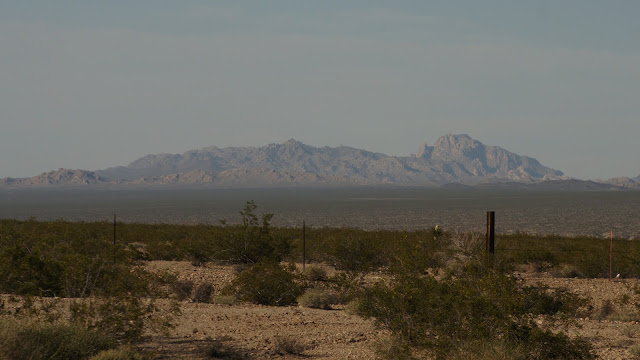 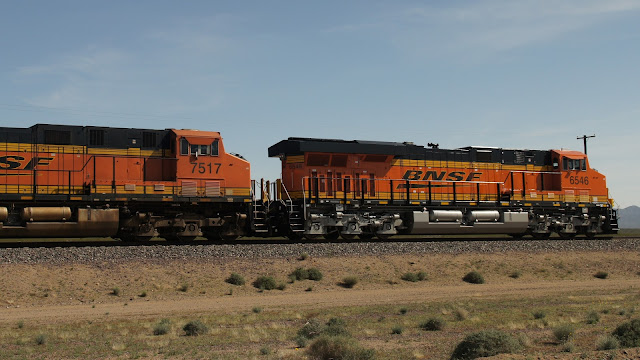 The 'B' Team at Goffs 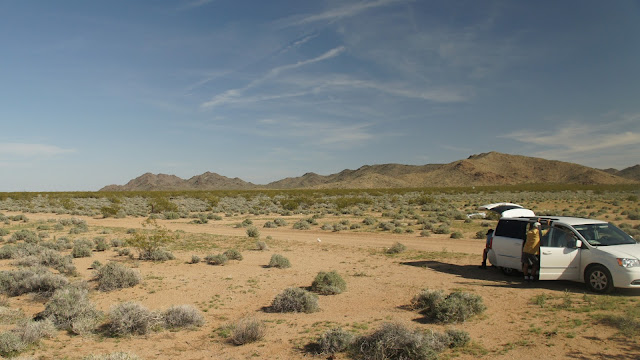 "Down" train at Ibiz 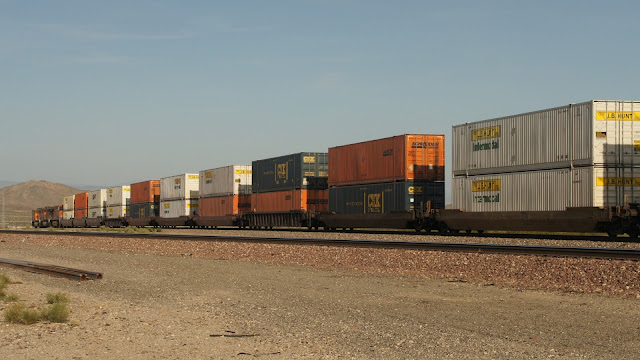 "Up" train meets "Down" train at Ibiz 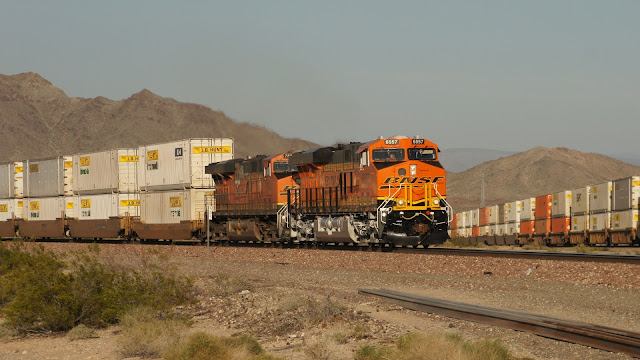 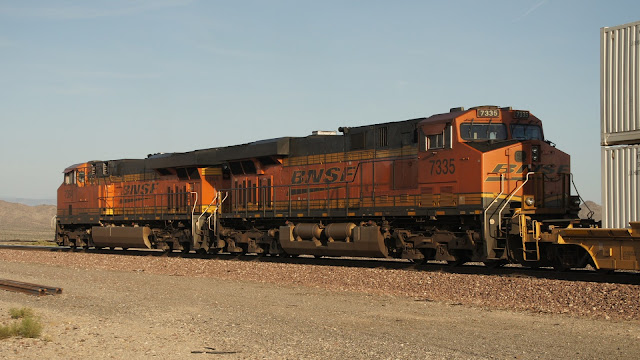