We headed out of Needles and drove down I40 and got off at Park Moabi. The BNSF cuts through a lot of old mine tailings here and the view from the road is pretty darn good. Alas the scanner revealed that a loco was having compressor problems at Needles and was fouling the main line - no trains for ages. We got a couple though, and also saw a meet on the Topock Bridge across the Colorado River.

A reasonable drive north saw us having lunch at Kingman followed by the entire afternoon at Kingman Canyon. The light was OK, but this place is more suited to morning shots, which we'll get tomorrow.
By the time we got there the backlog of trains was starting to clear with one turning up about every 15 - 20 minutes. Beautiful scenery.

I've rapidly picked up the necessary skills to survive driving in the USA, and tonight I found out that I don't make a very good passenger - finger nail marks in the dash board when one of the others took us to the supermarket.

Not many piccies, but I managed to film 14 trains today.

Northern Class loco on display in Kingman. The drivers are just over 6 feet tall and this beast totally dwarfs anyone who stands beside it. 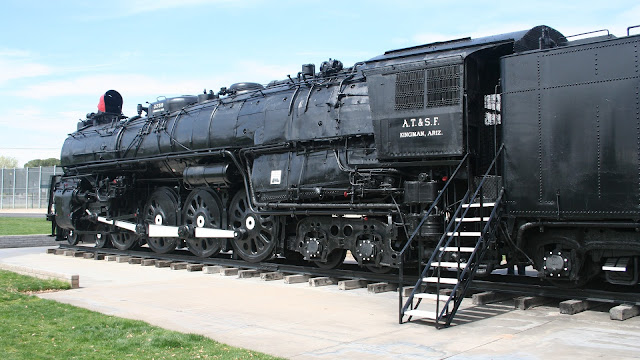 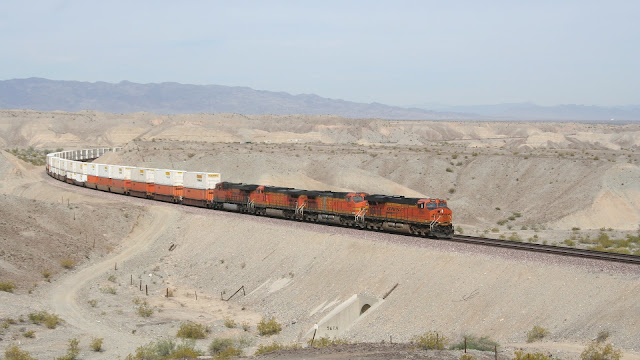 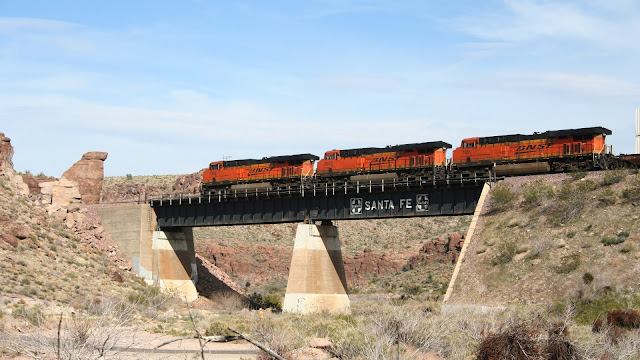 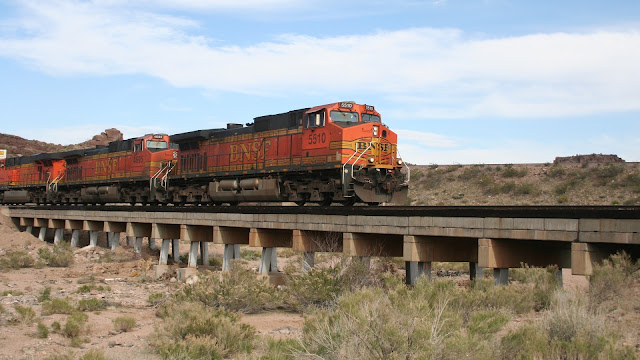