Day 5 was spent covering as much ground as possible from Auburn to Verdi. Auburn is north east of Sacramento and Verdi is 10 miles west of Reno Nevada. This entire area is referred to as Donner Pass.

Both teams had different tactics with both vehicles clocking up some serious miles and both parties were moderately successful when it came to hunting the iron horses. The entire line is double tracked but it was soon evident that only one was being used - the reason became clear when a high railer turned up on the track that wasn't being used.

Donner Pass is a big area and train chasing can involve a lot of driving - albeit at 65 mph along I80. My tactic was to drive all the way to Verdi, stopping when we saw something. At about the half way mark at Soda Springs the lights started flashing and bells clanging as soon as we got there - rather amusing as the vehicle automatically locks the doors as soon as you take off, so when I stopped at the barrier arms and everyone tried to get out in a hurry, they were all locked in...some colourful language was heard.

The climb to the summit of Donner Pass is ridiculous - at over 7240 feet, it's well above the snow line and there was plenty to be found. Soda Springs was blanketed and made a great backdrop for multiple shots. It was an odd thing driving along Donner Pass Road and going past all these chair lifts that started near the road.

I was so busy filming I forgot to take photos, other than scenic shots.

Places visited were Colfax, Alta (awesome lunch from the Deli), Soda Springs and Truckee. Eight video clips and the photos below. Tomorrow we relocate to Fresno. 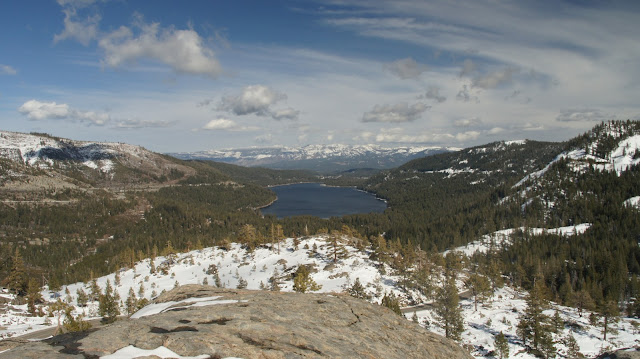 This is rugged country. 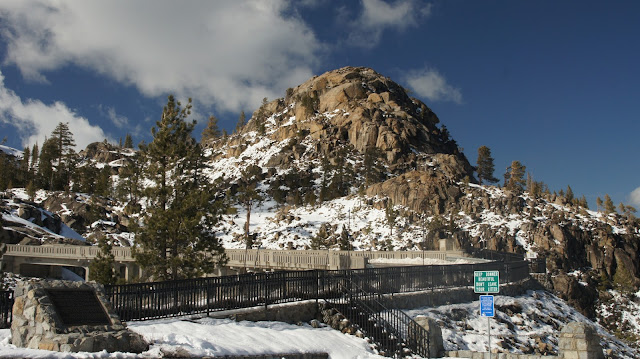 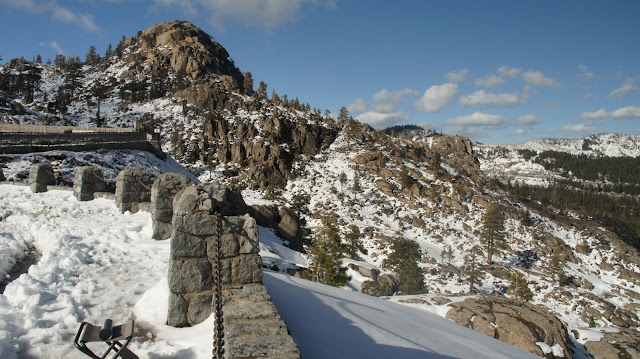