As promised, we returned to Kingman Canyon to make use of the morning light. Only two trains passed through for the hour we were there - something was up. As we departed Kingman we soon discovered the problem - two trains were being held back to allow the UPS hotshot to overtake, thus preventing both tracks from being used until this special train had passed through. On top of that, a loco was having its traction motor being changed out in a siding.

We immediately hit Route 66 where our first stop was the Hackberry General Store where I spent too much money on crap I didn't need.. I did my thing for NZ-US relations - wrote my name on a NZ 5 dollar note, pinned it to the world map and put another pin in the map on top of Feilding.

The second stop was at Crozier Canyon where two trains were filmed. A quick stop at Peach Springs netted two more. Seligman was our lunch stop and this is where we lost the other vehicle - not a problem. We'd finally meet up at the hotel.
We continued on along I40 where Greg took over the driving while I slept - missing out on Williams altogether. Our next stop was on Sherwood Forest Road just short of Flagstaff. We were there for no longer than 10 minutes and saw two trains - one of them having three new ES44C4's on the point, two of them were consecutively numbered.

We shot past Flagstaff and stopped off at Cosnino Road and further along at Winona (Darling). We ended up pacing an intermodal all the way to Winslow, at one stage we were doing 75 mph and not gaining on it. Crazy.

More shots from Winslow - I did manage to stand on a corner in Winslow Arizona, but not the touristy corner.

Back to Flagstaff where re rocked up the same time as the other team. 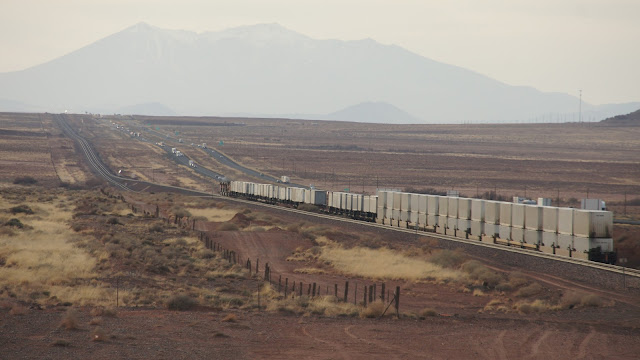 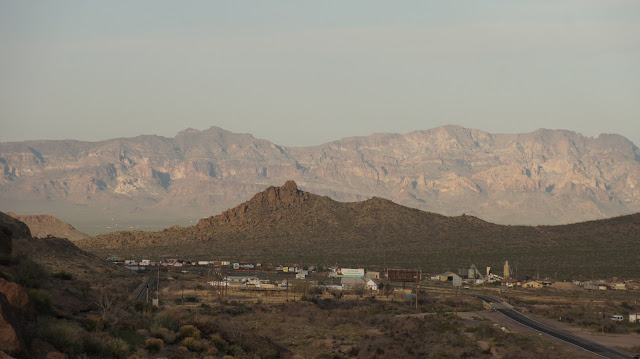 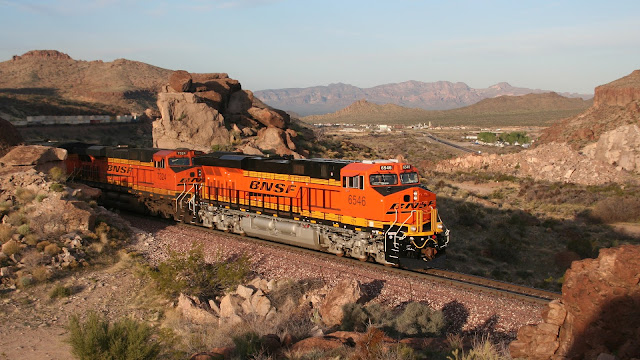 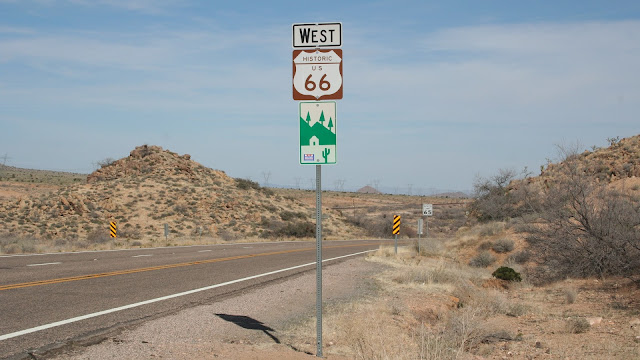 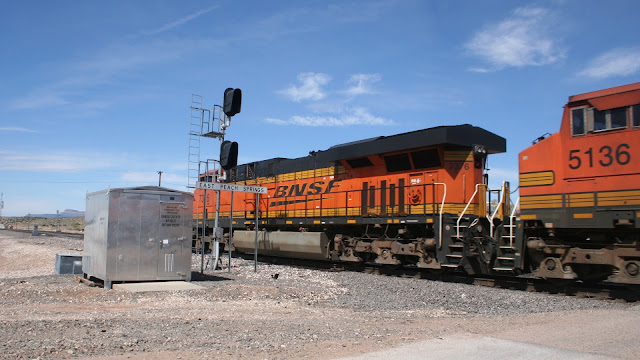 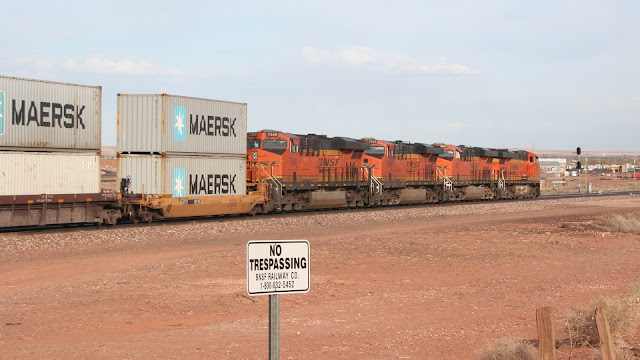